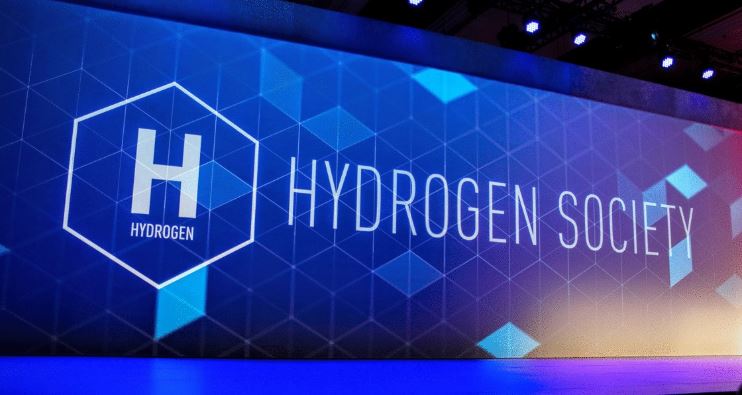 2018, the year Australia's progress towards a hydrogen society begins?

This week I attended a brilliant event held by the Australian Gas Infrastructure Group in Adelaide on the future of hydrogen in Australia. It was also an opportunity to present their recently announced power to gas demonstration plant (known as Hydrogen Park or HyP SA) at the Tonsley Innovation District in Adelaide. Set to be an Australian first, the project will demonstrate the complementary nature of gas and electricity in decarbonising the energy sector and is sure to generate plenty of ‘hype’ around hydrogen.

What made this event so fascinating (apart from the excellent speakers including HMA’s own members Murray Lyster of Siemens and Scott Nargar of Hyundai), was the turn out. While AGIG were expecting a group of 50 or so to attend, they were in fact inundated with interest to the point that a small group of passionate H2 advocates turned into 150 RSVPs. As one of the organisers mentioned on the day, it was just like planning a wedding!

It got me thinking, why now? Why has the level of interest in hydrogen accelerated so rapidly in the past 12 months? I know from my own experience publicly launching HMA just six weeks ago that the response to our formation has been so overwhelmingly positive with the number of enquiries making it difficult to keep up! If this is an indicator of hydrogen being genuinely recognised as a fuel of the future then we are in for some great progress in the year ahead.

Being involved with hydrogen fuel cell cars since 2015 it seems to me (and many others in the industry who have made similar comments in recent weeks) that momentum is truly starting to build around hydrogen and a critical mass of industry and governments is emerging. That’s why I’m calling 2018 the year that a hydrogen society kicks off for Australia.

So here is my list (in no particular order) of why 2018 appears to be the year the hydrogen economy will hit high gear. And I should add, why the South Australian election result is unlikely to slow things down.

South Australia has flown the flag for hydrogen for a few years now and has impressed us all with their foresight in creating the next chapter for their state, from automotive manufacturing to renewable energy. As mentioned above, SA will see a change in government, however with several hydrogen projects locked in and set to get underway this year, things won't be slowing down, in fact they'll be speeding up!

Given the momentum the previous government has generated, it’s hard to see that SA will ever go backwards in the advance towards a hydrogen economy. Particularly when the jobs and investment opportunity as a result of their first mover advantages will inevitably become evident to the government of the day.

Generating much interest and excitement, CSIRO’s ammonia to hydrogen conversion project is set to be launched at pilot scale later this year. Supported by HMA members BOC, Hyundai and Toyota, the project is being tipped to open up the supply chain of clean hydrogen to the world, including emerging markets in Japan, South Korea and Europe.

CSIRO is all in on this project, noting that Australia is positioned to be the number one renewable fuel provider in the world's fastest growing region. If successful, the opportunities for our country are simply limitless, both in terms of the export and domestic opportunity, and could ultimately be the catalyst for a hydrogen economy for Australia.

With the Australian Government flagging the introduction of a light vehicle CO₂ standard this year, Australia’s fleet mix will need to change. Given our highest selling vehicle in 2017 was the Toyota Hilux, this change will need to be significant. Obviously zero emission vehicles will be the solution, but how do we get there? Minister Frydenberg commented in January that a coordinated response at all levels of government will be needed to create the environment for these technologies to proliferate, including incentives.

This comment comes in the wake of governments around the world announcing future bans on fossil fuel vehicles, including the UK, Germany and the Netherlands. Closer to home, the Greens just this week announced their proposal for a ban on petrol and diesel cars from 2030. Vehicle manufacturers are responding to such announcements at a rapid rate, with fuel cell cars playing a key role in the tool kit for many automakers so expect to see greater volumes heading our way.

When Australia’s chief scientist throws his weight behind hydrogen and remarks on its ‘huge potential’ you know you’re onto something special. Particularly so when this endorsement comes in the form of an entire ‘hydrogen city’, a mission that has been proposed by Dr Alan Finkel and Innovation & Science Australia in January whereby the gas supply of an entire Australian city would be converted from natural gas to clean hydrogen. While still in the concept phase it’s a space worth watching (particularly with H21 Leeds City Gate setting a strong example of this in practice).

Release of the Hyundai Nexo

Hyundai’s second generation FCV was released in January this year and heralded a big step towards the mass proliferation of hydrogen vehicles. With an impressive 800km range and 3-5 minute refuelling time (benefits I highly enjoy sharing with the doubters!), this car encapsulates all the advantages of hydrogen in one great looking SUV. The first units are set to touch down in Australia any day now with more due for arrival by the end of 2018.

Hydrogen forklifts are shaking up the material handling space. With global juggernauts like Amazon and Walmart giving their stamp of approval and integrating fuel cell forklifts into their fleets, it seems inevitable that Australian companies will follow suit. Enter American company Hyster Yale. Hyster’s hydrogen fuel cell forklift will be launched in Australia very shortly and is already generating interest from some big corporate names. Their product marks the entry of the commercial fuel cell to our country, a space where hydrogen’s benefits are particularly pronounced.

While bubbling away for some years now, Kawasaki’s Latrobe Valley project, where brown coal will be used to produce hydrogen, will soon see the development of a pilot plant to confirm the concept in practice. Integrating carbon capture and storage, the project will see low emission hydrogen shipped to Japan to fulfil the country’s energy needs as part of their transition to a hydrogen society.

With both PMs Turnbull and Abe signing an accord in January to jointly pursue opportunities in the hydrogen supply chain, Australia potentially has an enormous opportunity as a hydrogen exporter. In terms of this specific project, the spill overs it could deliver presents the possibility of what some are calling a ‘hydrogen valley’ re-brand for the Latrobe area with hydrogen being an antidote to this region’s challenges of late.

Just throwing this in there as we’d love to claim a little credit for all the buzz around hydrogen! But honestly, our role will be in supporting and facilitating the already excellent headways made and identifying new opportunities to leverage this opportunity even further while playing a role in education, advocacy and standards.

Of course, I can’t conclude this piece without mentioning infrastructure. And let’s be honest it’s a gap that we need to fill. One of HMA’s key reasons for being is to accelerate the roll out of stations in the most effective and efficient manner by collaborating with all levels of government and across industry sectors. We’ve seen the infrastructure dilemma overcome overseas and we can do the same here, but we need governments on board.