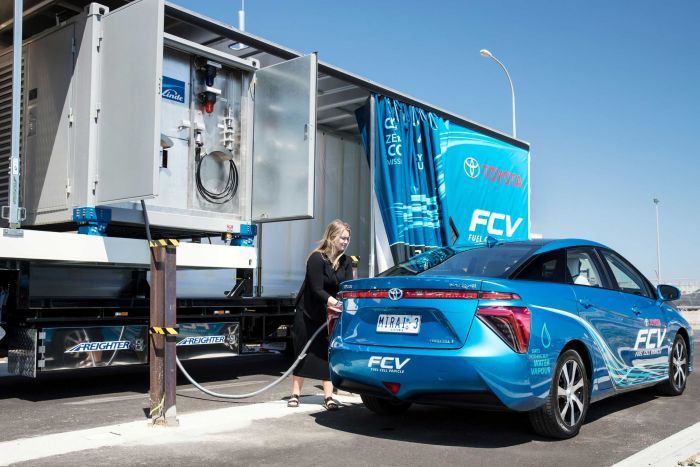 With petrol prices the highest they’ve been in more than a decade and the Prime Minister considering all options to reduce the burden on the hip pocket, it’s becoming apparent that the levers Australia can push to address this growing issue are limited.

However, there is an alternative to relying on oil imports and prices dictated by global supply chains; it’s the most abundant element in the universe – hydrogen.

Cars running on hydrogen may sound futuristic, but the future is here. Light and heavy vehicles from some of the world’s leading manufacturers are being fuelled by this simple element and operating on roads around the globe.

Unlike fossil fuels, hydrogen can be produced almost anywhere. It’s most commonly found in water, and through electrolysis, can be separated from oxygen and used for energy storage, power generation, heating and cooling, and transport. When renewable energy is used in this process, the outcome is a clean fuel with no carbon dioxide or noxious emissions in generation or use.

With Australia’s abundance of sun and wind, we have the capacity to generate our own hydrogen across the country and reduce our dependence on oil imports, improve our fuel security and diversify our energy mix.

Brands such as Honda, Hyundai, Mercedes-Benz and Toyota are all manufacturing hydrogen-powered cars and selling their vehicles in Japan, Korea, the EU and the US. American company Nikola Motors will soon launch a hydrogen semi-truck and French company Alstom recently started running hydrogen trains in Germany.

In Australia, Hyundai will release their hydrogen-powered SUV, the NEXO this month which delivers an 800-kilometre range and three to five minute refuelling time.

Momentum is growing across all transport segments, however with hydrogen’s ability to scale easily, it has particular advantages in the heavy vehicle sector, including the defence and mining industries – two areas of strategic importance to Australia.

The benefits of hydrogen in transport have recently been recognised by Australia’s Chief Scientist and the CSIRO who both see it playing an important role in decarbonising Australia’s transport fleet.

A national hydrogen strategy for Australia is now being recommended as a step forward to introduce hydrogen mobility in volume and explore other exciting opportunities such as exporting Australian sun and wind in the form of hydrogen or ammonia to the world.

Some of Australia’s leading brands including Hyundai, Toyota, BP, Siemens and Woodside have united behind hydrogen and formed Hydrogen Mobility Australia, the industry body for hydrogen energy. Together, we see hydrogen as central to Australia’s energy transition, not just for transport, but to store renewable energy, stabilise the grid and decarbonise the natural gas network.

For hydrogen transport, with its range and refuelling time benefits, we believe its introduction to Australia is inevitable. However, there are still barriers to entry, one of which is infrastructure. Slowly but surely, the chicken and egg issue between vehicles and refuelling infrastructure is being resolved, however government collaboration with industry will be essential to grow this new sector.

What is certain is that hydrogen has the power to remove Australia from the impacts of instability in oil-producing regions and the fluctuating value of the Australian dollar.

The time to act is now. With the Australian Government currently undergoing a review into liquid fuel security, the opportunity is here to incorporate hydrogen into Australia's energy mix.

Hydrogen made in Australia for Australians is something that we believe is worth supporting.