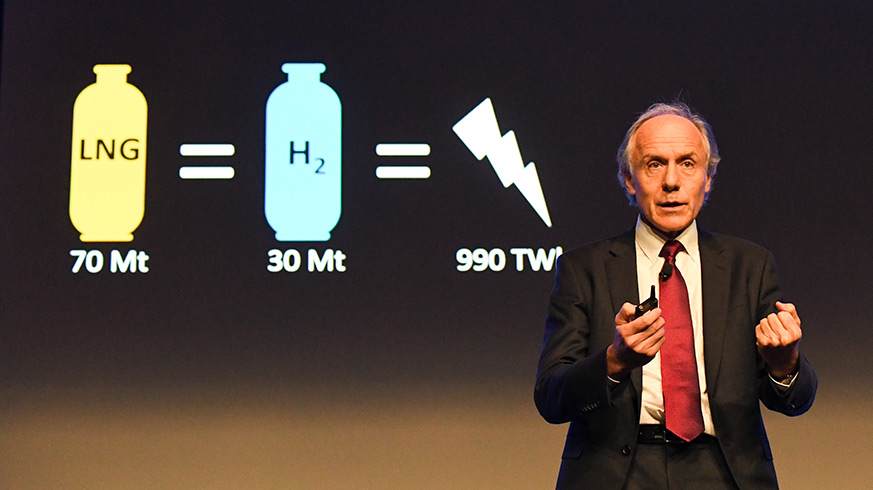 Australia’s hydrogen strategy has officially landed. So what happens next?

To much fanfare and a little bit of controversy, Australia’s national hydrogen strategy was released to an eagerly awaiting Australian industry in late 2019. Receiving highly unusual unanimous support from Australian energy ministers sitting around the COAG table, the strategy was the culmination of 12 months of work spearheaded by head hydrogen advocate (otherwise known as Australia’s Chief Scientist) Dr Alan Finkel.

The document and its nine supporting papers outline an ‘adaptive’ approach to supporting the development of the Australian hydrogen sector. That is, the strategy is designed to evolve as the sector matures and is intended to be responsive to dealing with the uncertain outlook for hydrogen ahead. It does this by focusing on removing market barriers in areas such as regulation,R&D, and skills and workforce to enable a quick scale-up once the sector is ready to take-off.

The strategy will be jointly owned by all Australian governments – that is federal,state and territory – in the spirit of cooperative federalism. This means that all jurisdictions have a stake in ensuring its success with the COAG Energy Council continuing to be the key decision-making body for the strategy’s implementation.

Backed by $370 million in project funds and $13.4 million for implementation activities, the strategy identifies four measures of success -

1.   Australia is one of the top three exporters of hydrogen to Asian markets (at this stage given the efforts going into project development in Australia versus other countries this seems likely to be achieved)

2.   Australia has an excellent hydrogen-related safety track record (this will be critically important - fortunately we have a very good track record in similar sectors such as LNG to leverage upon)

3.   Hydrogen is providing economic benefits and jobs to Australian (this isn’t quantified but from the number of Australian energy companies already setting up dedicated teams this is already starting to be seen)

4.   Australia has a robust, internationally accepted, provenance certification scheme in place (more on this below)

While strongly requested by industry, not surprisingly, the strategy does not include specific sector targets. Figures around hydrogen production levels, numbers of refuelling stations and the like were deemed to be too difficult to secure agreement on by all states and territories as well as being challenging to set given the early stage of the sector. Given the adaptive nature of the strategy however, this is subject to change.

So,what happens next? The national taskforce established in late 2018 to lead the drafting of the strategy will now shift its focus to implementation. All of the strategy’s 157 joint actions will be reviewed with next steps against each item to be shared in early 2020.

The taskforce, which sat in the Department of Industry, Innovation and Science,will likely sit in the new  Department of Industry, Science, Energy and Resources. While Minister Taylor held portfolio responsibility for hydrogen, it’s unclear if this will continue with Minister Canavan taking a more active role of late, including signing a joint statement with Japan on hydrogen export collaboration in January this year.

ARENA will continue to play a lead role with $70 million earmarked for hydrogen electrolyser deployments, particularly over 10 MW. It will be interesting to see how many proposals they receive at that scale this year given ARENA has indicated they will not be able to accept applications beyond this date due to their 2022 legislated cessation. Let’s hope that’s overturned. The hydrogen fund is expected to open for proposals in March 2020.

The CEFC is also gearing up to play a bigger role in hydrogen projects with a $300 million ‘Advancing Hydrogen’ concessional finance fund. Few details have been released at this stage, but no doubt these will follow soon.

Pleasingly,my former organisation, the Australian Hydrogen Council will be an important player in the strategy’s implementation and will be looking at a guarantee of origin program providing hydrogen certification as well as developing an industry code. This is a great endorsement for the work of the association and its members.

Obviously,a lot of the activity connected to the national strategy will be driven on the ground by Australian states and territories with many already being on the hydrogen journey for some time. While those who are looking to develop projects should be talking to ARENA and CEFC, the states and territories will of course be essential project partners. The current status of each is presented below.

By mid-2020 we can expect to see ACT Government public servants driving around in Hyundai NEXO’s and filling up at the Fyshwick refuelling station currently under construction. We may well see our Chief Scientist following suit at some point.

With the Fyshwick station’s proximity to federal parliament, there’s an opportunity for politicians to follow the ACT’s lead. Ministers Birmingham, Canavan and Taylor should consider swapping over their Comcars to a NEXO (or Toyota Mirai) to show their commitment to hydrogen and send a positive signal to the Japanese and Koreans – who of course we want to do big business with on the export front.

While the ACT is also doing some research in the hydrogen injection space, it’s unclear if they’ll make a bigger move into blending with natural gas at this stage. Injecting hydrogen into ACT’s networks could make sense however rather than going down the full electrification route as has been flagged previously.

NSW had been relatively quiet on the hydrogen front until recently announcing their target of 10% of the state’s gas to come from green hydrogen by 2030. This is a lot of hydrogen and how it will be achieved remains to be seen, but it certainly could mitigate some of the impacts of natural gas pricing on the East Coast.

Industry is stepping up to bring hydrogen to NSW however, with Jemena progressing their demonstration scale power-to-gas project set for launch in mid-2020. An option also exists for a co-located refuelling station, but a vehicle fleet user needs to be secured prior. This is where the NSW Government can play a role in kick starting hydrogen mobility in Sydney.

The NSW Transport Minister’s announcement in 2019 that they were looking to electrify their entire Sydney bus fleet (~8,000 buses) seems like an obvious place to start. They called for proposals in 2019 to make this happen so let’s see what this year brings. The potential Jemena station is really an ideal opportunity for the NSW government to start trialling hydrogen buses with the infrastructure piece already solved.

With its abundance of high-quality solar resources, there’s a clear opportunity for the NT to step up and become a serious hydrogen player. Incorporating a hydrogen component into the Mike Cannon-Brookes and Andrew Forrest backed Sun Cable project à la the Asian Renewable Energy Hub in WA should be looked at, particularly if they start considering options for exporting energy beyond Singapore where HVDC cable doesn’t cut it.

Queensland is busily implementing their renewable hydrogen strategy with a number of projects already announced, including BOC and ITM Power's electrolyser and refuelling station project expected to come online in 2020 with Queensland Government officials taking a fleet of five Hyundai NEXO.

Their$15 million fund closed for expressions of interest back in August so it will be fascinating to see which projects progress and also if there’s any money remaining for a second round. Based on the level of interest in Queensland’s export potential it’s likely to be oversubscribed. The Queensland Premier has also taken a personal interest in hydrogen so expect to see plenty of activity in the state.

Ahead of the pack, SA had the head start on other states starting their hydrogen journey way back in 2017. It’s not particularly long ago, but the sector is moving relatively quickly. They recently followed up their roadmap with an action plan confirming the Liberal government’s commitment to hydrogen.

SA will see some of the fruits of their labour this year, with AGIG’s power-to-gas project coming online in 2020. Let’s hope some of the national strategy funds can be directed towards getting Adelaide a refuelling station network to leverage that 1.25 MW electrolyser. This makes a lot of sense and Adelaide could be the first Australian city with a cluster of hydrogen stations.

Tasmania has come from nowhere and is now the state to watch from both a hydrogen export and domestic use perspective. It has all the characteristics you need for cheap, clean hydrogen in volume – firm and low-cost hydro energy, closing in on 100% renewable and lots of water.

Their draft action plan closed for public comment in January.It’s unclear at this stage if the government will allocate any funding for projects but given their desire for an export scale project in the future at industrial site, Bell Bay, and with all other states with hydrogen interests putting some dollars on the table, we can expect there may be something.

Victoria is full steam ahead with their brown coal to liquid hydrogen project known as the Hydrogen Energy Supply Chain (HESC). The HESC consortium started construction of the Latrobe Valley facility in late 2019 with the first shipment of hydrogen to Japan expected this year. While the amount of hydrogen to be shipped is small (~3 tonnes), it will validate whether the technology stands up and will inform their decision to go to commercial phase, expected in the mid-2020s.

On the green hydrogen side, after quite an extensive consultation period, it remains unclear what level of financial support will be allocated to green hydrogen projects in the state. The challenge for the Victorians will be managing expectations. Given their positioning of ‘green’ and ‘brown’ hydrogen as separate programs, a decision to not allocate funding to the green side when the other has received $50 million may not go down so well with industry.

WA is already on the path to becoming a major renewable hydrogen exporter. Several projects have already been announced aimed at the export opportunity, including the massive 15GW Asian Renewable Energy Hub. WA has also announced support for feasibility studies across a range of hydrogen applications and have $9 million funding up their sleeve for infrastructure projects. Announcements are expected on this soon.

All in all, it's a very exciting time for hydrogen in Australia with a lot of activity taking place at all levels of government and across multiple industry sectors. Obviously however the demand for hydrogen on a mass scale will need to materialise for Australia’s investments to bear fruit. Australian government sand industry will be vigilantly pursuing these supply opportunities over the next decade.