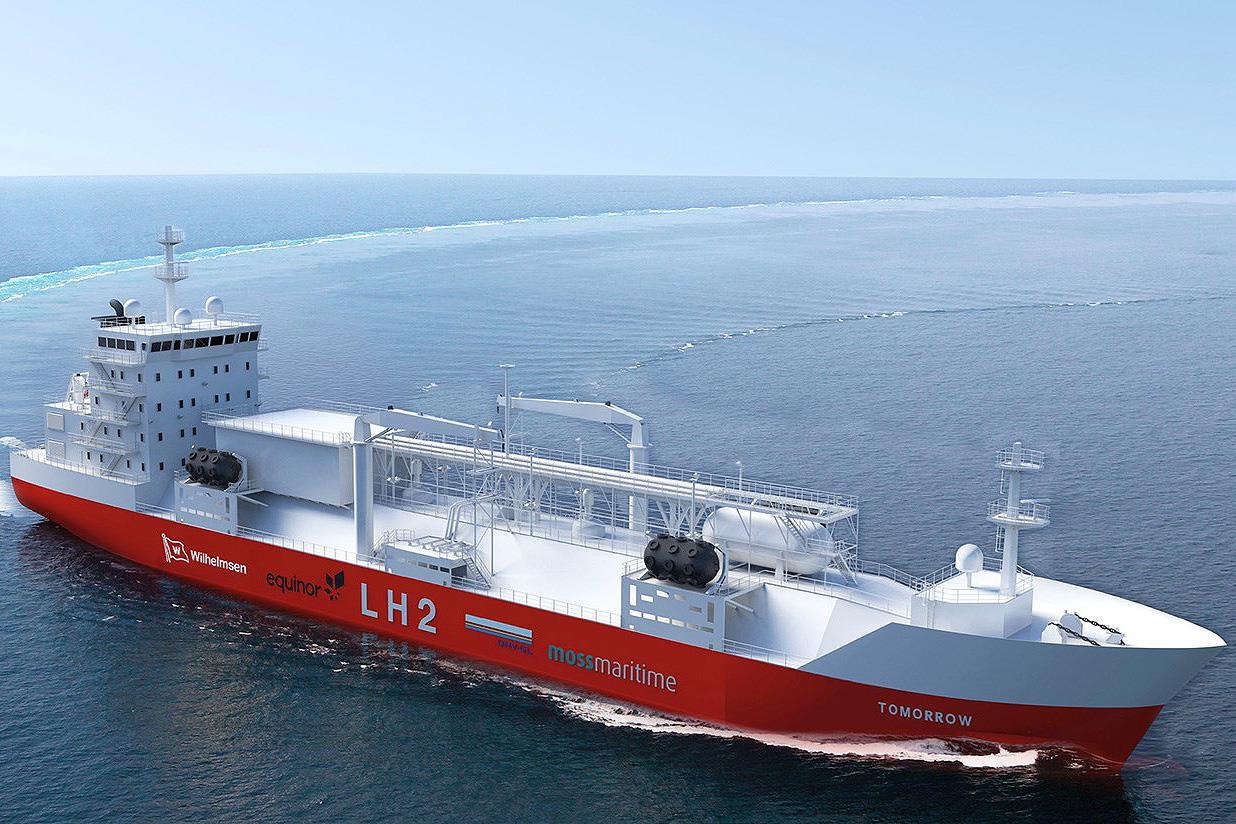 In 1931, not long before Thomas Edison died, the inventor made a prescient prediction telling his friends Henry Ford and Harvey Firestone:

I’d put my money on the sun and solar energy. What a source of power! I hope we don’t have to wait ’til oil and coal run out before we tackle that.

Ninety years later and a world powered by the sun, at least to a significant degree, is set to become a reality.

Solar energy is now the fastest growing energy source globally. Making up 2% of global electricity generation today, according to the International Energy Agency (IEA) solar is set to surge to 11% of generation in 2040. Driven by falling costs and favourable policy settings, the transition to solar PV on both a small and large scale has and will continue to be unprecedented.

One renewable energy source that Edison did not foresee is wind. Wind power is similarly making its mark in our changing energy system, tipped by the IEA to make up 13% of global generation in 2040 with offshore wind in particular opening up huge renewable resource.

Electricity will become the dominant source of energy over this period too. With 2040 the point at which the share of electricity in final consumption is forecast to overtake oil and the transition to what is referred to as the ‘electric planet’ will be complete. This will be an incredible shift given electricity consumption is less than half that of oil today.

With our renewable electricity generation capacity only going up, the big question is how do we store all this energy? With his work on rechargeable batteries, Edison recognised the need for storage, at least on a small scale. But storing energy in mass volume for significant periods of time to power cities is another challenge all together, one that cannot be conquered by batteries alone.

The other question is how do we move this energy, particularly across oceans for those nations that don’t enjoy the natural advantages of significant sun and wind resource? While countries like China, the United States, Saudi Arabia and Australia are blessed with massive sun and/or wind potential and can transition their economies through domestic renewables, for some net energy importers such as Singapore, Japan and South Korea this will be more challenging.

Singapore has found a way to overcome this problem by harnessing energy from the Australian sun. The Sun Cable project will see the world’s biggest solar farm power approximately one fifth of Singapore’s energy needs via a High Voltage Direct Current (HVDC) cable from Tennant Creek located in northern Australia.

Singapore will benefit from its relatively close proximity to a renewables powerhouse like Australia, but what about those countries that do not have this geographic advantage and need to transition to forms of cleaner energy to meet their decarbonisation objectives?

56 years before Edison’s prophetic bet on sun-derived energy, science fiction writer Jules Verne set out a similarly insightful vision for the future of energy. In his book The Mysterious Island, Verne wrote of a world where:

…water will one day be employed as fuel, that hydrogen and oxygen which constitute it, used singly or together, will furnish an inexhaustible source of heat and light, of an intensity of which coal is not capable….water will be the coal of the future.

Given hydrogen is a carrier of energy and can move electricity from one location to another, could it be the key to unlocking the storage and transport dilemma of renewable energy over distance?

While sun and wind power has been on an upwards trajectory over the past two decades, hydrogen’s role in the energy transition has been more incremental. Facing cost and technical challenges, hydrogen has struggled to find its footing in the global energy sector, yet over recent years has turned a corner driven to a large degree by the decarbonisation push.

Now that the advent of renewables is here and the dilemma of storing and moving energy at scale is upon us, could hydrogen have found its time to shine? Could it be the energy vector we need to transport our growing renewable energy generation across the world? Developments taking place right now say it certainly could be.

Projects being led by some of world’s biggest energy players indicate we are already on the journey towards hydrogen (or one of its carriers) being transported across seas and between nations as a means to move and store clean energy throughout the world. A small number of which are outlined below.

In December we saw the first shipment of hydrogen (in the form of liquid organic hydrogen carrier) between Brunei and Japan with 4.7 tonnes of a total of 210 over the course of the 12-month demonstration project making the premier journey.

Known as Advanced Hydrogen Energy Chain Association for Technology Development (AHEAD), Chiyoda, Mitsubishi Corporation, Nippon Yusen and Mitsui & Co., Ltd will test the feasibility of transporting hydrogen as Methylcyclohexane (MCH) or what the consortia has branded ‘SPERA Hydrogen’.

While the hydrogen used by this project is produced from steam methane reforming of natural gas, Chiyoda sees their technology as opening the door to the export of renewable hydrogen.

An MoU signed in March 2020 between Chiyoda, Mitsubishi and five Singaporean companies to explore the potential of MCH as a hydrogen carrier attests to this, exploring the movement of green hydrogen to contribute to a clean and sustainable energy future for Singapore.

In a similar international supply chain demonstration, a second project will test the feasibility of shipping hydrogen across international waters, but this time in its pure form.

The Hydrogen Energy Supply Chain (HESC) project led by Kawasaki Heavy Industries expects to see its first shipment of liquid H2 in late 2020. Hydrogen derived from brown coal will be liquefied to -252°C at the Port of Hastings in Australia, stored on a specially built vessel and shipped 8,000 kilometres to the Port of Kobe, Japan.

With only 3 tonnes of hydrogen gas being shipped over the term of the project, the CO₂ emitted from the gasification process will be offset, however should the project progress to commercial scale it will be coupled with a carbon capture and storage solution at an identified offshore storage site.

While this project will produce hydrogen from fossil fuels with CCS (otherwise known as ‘blue’ hydrogen) it’s already paving the way for liquefied green hydrogen export with a flurry of projects announced in the past 12–24 months, including the Asian Renewable Energy Hub to be located in Western Australia with 12GW of solar and wind dedicated to hydrogen production for export.

Shell is also eyeing off the potential of hydrogen to move and store renewable energies, recently announcing its participation in a feasibility study into a massive 10GW offshore wind project located in the North Sea solely dedicated for green hydrogen production.

Unlike the projects above, up to 800,000 tonnes of hydrogen will be moved not by ship but by gas pipeline with Dutch gas grid operator Gasunie’s existing infrastructure to be used to shift hydrogen from electrolysis facilities in the Netherlands to Dutch industrial customers as well as customers in northwest Europe.

Longer term, Shell and its consortium members have flagged their interest in creating a ‘European Hydrogen Valley’, where several applications of hydrogen will be combined together into an integrated hydrogen ecosystem improving their economics. It could mean that at one point all of Europe could enjoy the benefits of green hydrogen in areas such as transport, heating & cooking and feedstocks.

In parallel, beyond the projects above we’ve seen indications of hydrogen export interest from energy majors BP, Engie and most recently, Woodside who are looking to tap into Australian Government funds for large scale export of ammonia to Japan.

The IEA in its 2019 report The Future of Hydrogen stated that the time is right to tap into hydrogen’s potential. They noted however a number of key actions need to start soon if it was to make an impact on the global energy system. One of these was the launch of international hydrogen trade.

The three developments outlined are each at an early stage, but demonstrate the commitment of some of the world’s largest energy companies to realising the movement of clean energy in volume across the world by harnessing hydrogen.

Trade in hydrogen could be closer than we think and with it a world powered by sun and water, the world that Thomas Edison and Jules Verne foresaw many decades ago.