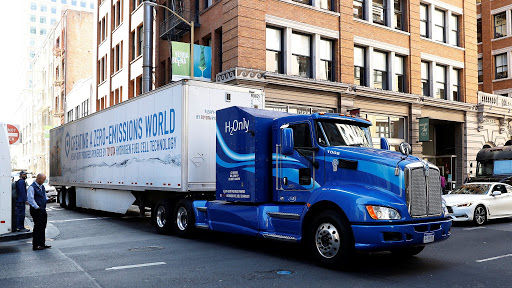 Getting high on hydrogen: Why the first element’s inclusion in pandemic responses is its defining moment and what industry needs to do next

As the world begins to emerge from one of the most challenging periods in recent history, governments are turning their attention to how they can quickly revitalise their economies. Stimulus packages are front of mind as policy makers recognise their role in invigorating economic activity once more.

Placing clean energy investment at the heart of these packages has been recognised as one of a range of solutions for energising economies again. With the potential to deliver economic and environmental resilience in a post pandemic world, clean energy is regarded amongst some governments as a potential antidote to the world's current challenges.

While stimulus targeting the renewables sector is on the table in most major economies, it is in fact hydrogen within this suite of technologies under consideration that has stolen the limelight. Hydrogen is being singled out by countries worldwide as a critical piece of the pandemic recovery story.

This is an incredible feat for the so called ‘fuel of the future’ which has made the transition from relative obscurity to the fast track towards commerciality in the space of a decade. Despite its recent momentum however, hydrogen does have a way to go and that last leap to mainstream adoption will only occur if government gets onboard in a big way.

Hydrogen's golden moment could now be here with economic stimulus packages being just the push the sector needs to bridge the cost gap and achieve scale. According to the Hydrogen Council, scale is critical with 50% of forecast cost reductions over the next decade attributable to expanding the volumes of hydrogen production and the equipment that makes, moves and uses this hydrogen.

Recent growth forecasts for the hydrogen sector were set prior to the pandemic and indicated that 2030 is likely to be a tipping point in the pathway to competitiveness. However, off the back of substantial stimulus, could it be conceivable we see a competitive marketplace for some hydrogen applications emerge even sooner?

To get a sense of the scale of hydrogen sector support being flagged by governments, the most ambitious of them all, the EU’s green recovery program, is a good place to start. The plan released in late May, encompasses a range of initiatives aimed at supporting research,innovation and scaling up activities including:

- €10 billion over two years for expansion of renewable energy support

- Doubling support for the Fuel Cells and Hydrogen Joint Undertaking to €1.3 billion

Other standout examples include South Korea’s Green New Deal designed to prepare the country for post pandemic growth through development of a ‘“low-carbon, green growth”economy. Including a commitment to reach net zero emissions by 2050 as well as the introduction of a carbon tax, the plan has the creation of a hydrogen-based society as a central pillar.

Australia has also been calling out hydrogen as a potential remedy to its economic slowdown with a $2 billion climate solutions fund opening for consultation last month. While the fund forms part of the government’s plan to achieve its 2030 Paris targets, the role it can play in stimulating the economy post pandemic is strongly acknowledged. Again, hydrogen has been prioritised with the first target announced within the plan being a hydrogen price target of $2 a kilogram.

While each of these initiatives have been warmly welcomed by the hydrogen sector, the most important point is that each of these responses and many others in development around the world are still at draft stage and, in some instances, require parliamentary approval prior to implementation.

Given stimulus packages could crystallise the hydrogen sector’s efforts to date and potentially accelerate its journey towards scale, there is an urgent need for industry to not be complacent. Rather now is the time to step up advocacy efforts to ensure these stimulus measures come to fruition.

So how do you push the buttons of governments when advocating for hydrogen?

Fortunately, with hydrogen representing an entire system play, the scale of transformation required to enable its deployment at scale means it can be positioned as an attractive opportunity to governments looking for jobs, investment and local manufacturing opportunities.

Further, given the breadth and complexity of hydrogen supply chains, the benefits of support can be seen in a range of intersecting sectors where hydrogen acts as an enabler of the clean energy push, including across heavy industry where it is being harnessed for its very own green transformation.

The IEA has set the tone for hydrogen, last month nominating electrolyser manufacturing (alongside batteries) as an area worthy of inclusion in stimulus packages. This is an excellent base line for industry to utilise in their engagement with their own governments on the hydrogen opportunity, however time is of the essence.

If they haven't already, hydrogen sector players should be activating their own advocacy campaigns aimed at securing hydrogen’s role in pandemic responses. They should be engaging directly with their local parliamentarians and ministers holding the energy, industry and transport portfolios, and in parallel, supporting the efforts of their local industry associations through a one voice approach.

“When the winds of change blow, some people build walls and others build windmills.”

Hydrogen sector participants can be the windmill makers in these challenging and uncertain times. As natural innovators, organisations pursing hydrogen are already bringing about fundamental change in the way we make and consume energy. Convincing governments of the importance and benefits of this transformation is now the natural next step.

These coming months could set the path for hydrogen for many years to come. The opportunity is there for the taking so it’s up to industry to use this pivotal moment wisely.